The WGSA would like to congratulate full member, Willem Grobler for wining big at Silwerskermfees with ‘Hum’. The short film is a psychological thriller that centres around Thomas, a paranoid young man who hears a mysterious noise that nobody else hears. The film walked away with awards for Best Editing, Best Cinematography, Best Actor and Best Screenplay. HUM also received nominations for Best Director and Best Short Film. kykNET’s Silwerskermfees is now in its sixth year. The festival takes place at the Bay Hotel in Camps Bay annually, and has become a focal point for Afrikaans talent both in front of the camera and behind the scenes. The 2016 edition of the festival saw a maturation of the kind of content being produced and exhibited, taking a slightly darker turn from what audiences have come to expect. Says Willem Grobler, who penned and helmed HUM: “The last few days have been absolutely surreal. I have to pinch myself every so often because I still can’t believe the film was so well received. Having the opportunity to tell a story like this, that would traditionally not be considered typical Afrikaans fare, just shows how far we’ve come both as members of the industry and a local audience. I’m so grateful to my incredible cast and crew, without whose unwavering support this would not have been possible. I have to also thank my producers Nicki and Liesel Priem, Jennifer Pack and of course Dylan Voogt and Marcelle du Toit of Stage 5 Films, as well as our Silwerskerm mentors Etienne Fourie and Johan Kruger.” “Being the second narrative collaboration of our tight-knit team, we were really able to push things a bit and Willem’s brilliantly written psychological thriller, provided the perfect vehicle. Anneke Villet and Karen Meiring and everyone at kykNET as well as Wim Steyn, Elle Oosthuizen and Adri Britz at Idea Candy have our eternal thanks for enabling us to bring HUM to life in such splendid fashion.” continues Mad Little Badger producer Nicki Priem. Carel Nel, who won the prestigious Fleur du Cap award at the tender age of 26 in 2012, won Best Actor. “It’s an amazing honour to have received this award. This film and everyone involved are very close to my heart. I would especially like to thank Willem for an unbelievably great screenplay and for his sensitive and respectful direction. It was a privilege to work with amazing and generous actors such as Cintaine Schutte and Deon Lotz, so this award is as much theirs as it is mine. I hope this is the beginning of great things for the Mad Little Badger team,” adds Nel. Leon Visser, who not only edited the film but also oversaw online and the colour grade, won the award for Best Editor, and considers it a turning point in his career: “Being afforded the opportunity to put together such a complex narrative was incredible. Although it was an intense few weeks, Willem’s way of writing and thinking like an editor really made for a very smooth process.” While there was no official category for Best Cinematography when the nominations were first announced, the organisers felt compelled to honour director of photography Barrett de Kock with a special award. “Winning an award was a massive surprise and I’m truly honoured. I really enjoyed working on HUM from preproduction all the way through to post. The whole team was so dedicated, and that is what the Silwerskermfees initiative brought out in us all. We all did it as much for the passion as for anything else,” says De Kock. HUM will be broadcast on kykNET in coming months, and will also be made available on digital streaming service ShowMax, so while Mad Little Badger can’t make anything public other than the teaser for HUM at present, they’ve just published their short film THE GREAT GATSBY: REDEMPTION on YouTube. GATSBY is an offbeat dark comedy that was produced in 72 hours during the 2015 SHNIT International Short Film Festival’s Realtime Competition, where it won top honours. GATSBY was also part of the Official Selection of the Silwerskermfees and the Durban International Film Festival in 2016. Grobler and Priem are off to New York in September to attend the Independent Filmmaker Project’s Film Week, for which their upcoming neo-noir feature film was selected as part of the No Borders program. No Borders seeks to assist first or second time feature filmmakers in raising finance and finding partners for their projects. “Having had considerable success with both GATSBY and HUM, the next step is to produce our feature, which has been in development with the NFVF since 2015.” says Priem. Watch the HUM trailer here: kyknet.dstv.com/2016/08/05/hum-lokprent/ 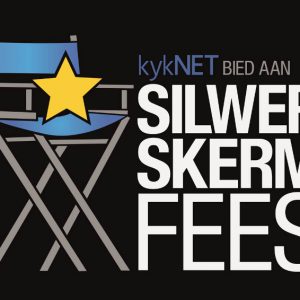