WGSA MEMBER’S FILM WINS “BEST FOREIGNFILM” AWARD IN LA   TheWGSA would like to congratulate Judy Naidoo for winning the “Best Foreign Film”Award at the La Femme Film Festival in Los Angeles. Naidoo is an independentfilmmaker who holds a Masters Degree in Producing from theNational Film and Television School (NFTS) in the United Kingdom and a BA(Dramatic Arts) Honours Degree from Wits University (majoring inDirecting and Television). She is a Ford Foundation InternationalFellow and a recipient of the Trevor Jones Scholarship (2010). Naidoowas presented with the award for her first feature film, “Hatchet Four”. Naidoodirected the film and co-wrote the film with Salah Sabiti. The film stars EricaWessels, Petronella Tshuma and Adam Croasdell.   The LA Femme International Film Festival isa premiere film festival celebrating, supporting and advancing content creationby Women Producers, Writers, and Directors from around the world. “Hatchet Four” was also theatricallyreleased by Ster Kinekor last month. A case of mistaken identity leads tomurder in “Hatchet Hour”. The perpetrator, an ambitious lawyer, fears theimpact the act will have on her career at a prestigious law firm and turns toher best friend to help her dispose of the body. “This story is an interesting exploration of how far ordinarypeople are willing to go to keep things in their life on an even keel, and ifat all any of our actions can come without consequence,” says Naidoo. “Is allgood rewarded, and all bad punished? In a cynical world is there such a thingas karma?”    “Theoriginal script on which Hatchet Houris based, was written by Sofia de Fay around 1994,” says Naidoo. “She entrustedme with the rights to the work in 2006 on condition I rescue the script from anancient computer at her house in Randburg – she had relocated to Dubai by thatstage”. Naidoo says that the basic premise of the script was great – andremains the same today – but it needed lots of development work as it was datedand there were structural and character flaws that needed to be workedon. She worked on the script through her company, Ladybug Films, and hadthe opportunity to develop it further through funding from the National Filmand Video Foundation of South Africa (NFVF) slate deal.    “Jandu Plessis at M-Net was the first person to believe in the project and myvision for the film,” she says. “It was through his support and guidance thatwe were able to get this project off the ground and into production. Naidoosays that it has always been her desire to direct feature films. “That said,the opportunities for a young, black, female Wits graduate in directing 20years ago, were non-existent. It has taken me the longest time to get to thispoint of directing my first feature… and the journey has been full ofchallenges, but always they’ve been overcome through hard work andperseverance”. The WGSA salutes you Judy, keep up the great work. You are aninspiration to many. 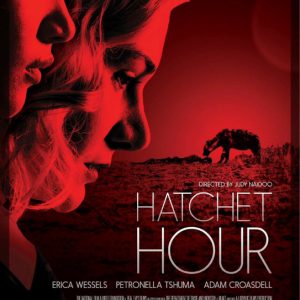