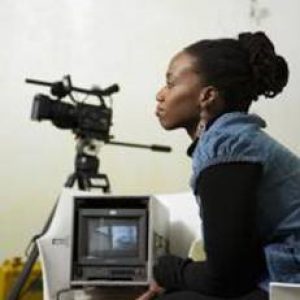 Zamo Mkhwanazi is one of only 10 international filmmakers who have been selected to participate in the prestigious TIFF Talent Lab this year. Held annually during the Toronto International Film Festival, TIFF Talent Lab is an artistic development program intended for aspiring Canadian and international filmmakers. This extremely competitive programme provides 20 young directors and screenwriters with an intensive learning experience that seeks to further develop their creativity, artistic process, and voice. Some of the experts who will work with the filmmakers during the program include Christine Vachon (Carol, Boys Don’t Cry) and Atom Egoyan (The Sweet Hereafter).

Mkhwanazi is a talented filmmaker working between South Africa and Switzerland. She has written more than a hundred hours of aired television on over twenty-five television shows. She was the Head Writer of the critically acclaimed drama series ‘Ya Lla’. She is currently developing her first feature, ‘Laundry’, a film based on her family’s experiences during apartheid in the 1960’s. Her latest fictional short, “Gallo Rojo” premiered at the 69th Cannes Film Festival Directors’ Fortnight. Her second short, “The Call”, premiered at the Clermont-Ferrand Film Festival in France and the Toronto International Film Festival in Canada. The WGSA is pleased that one of its members has achieved such a remarkable milestone.

WGSA Chairperson, Sihle Hlophe, had this to say, “Zamo is a visionary director and a gutsy writer who has paved the way for many female filmmakers in this country. Women’s Month is the perfect time to celebrate writers such as Zamo who are making strides both in South Africa and across the globe”.