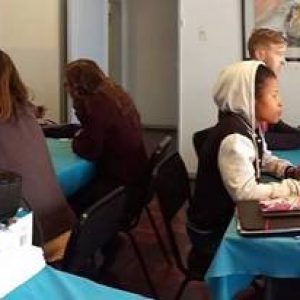 On the 28th of August, a delegation of twenty talented writers will be jetting off to the United Kingdom to attend the London Screenwriters’ Festival (LSF) at Regent’s University. LSF has earned a reputation for being the world’s biggest professional screenwriting event in the world.

This will be the first time that the Writers’ Guild of South Africa (WGSA) attends this prestigious event and also the first time that a South African delegation will attend. The delegation is funded by the Department of Trade and Industry’s Group Export Sector Specific Assistance Scheme (SSAS) for Emerging Exporters. The WGSA hosted Market Readiness Workshops in Johannesburg and Cape Town in order to help the delegates prepare their projects for LSF.

LSF delegates and WGSA members with a burning desire to perfect their pitching skills attended the workshops. The workshops covered topics such as market logistics, optimizing the market experience, networking and pitch preparation. Now that the delegates have attended the readiness workshops, they are looking forward to waving the WGSA flag high and promoting South African stories in the UK. For the WGSA, it is gratifying that writers will be given the opportunity to pitch their produced and unproduced work to international players, gain invaluable knowledge at the workshops and network with a view to either sell their work, option their work or gain development / production funding.

The WGSA will also make use of this platform to promote the hosting of the first ever World Conference of Screenwriters on African soil in Johannesburg in 2018.