On Sunday the 28th of September 2016, a delegation of 20 writers jetted off to attend the London Screenwriters’ Festival (LSF) at Regents University in London. The trip was organized by the Writers’ Guild of South Africa and funded by the Department of Trade and Industry. The trip was geared towards exposing South African writers to the world, offering a platform to WGSA members to pitch their stories to international producers, executives and networks and offering South African performance writers an additional revenue stream.

LSF is one of the largest screenwriting festivals in the world and is attended by over 1000 delegates and hosts over 100 sessions and 150 industry expert speakers. Some of the big names in attendance this year included Bob Yorke, Charles Dance and Ian Smith. The festival’s director, Chris Jones welcomed the WGSA delegation warmly and mentioned their presence in his speeches on numerous occasions; this made the delegation easily accessible and identifiable to all the other delegates in attendance. He also organized exclusive sessions where the WGSA delegation had special sessions with industry veterans such as Ian Smith (producer of “Mad Max”, “Children of Men”, “The Fifth Element”, “Seven Years In Tibet” etc.). Chris also organized a special session where some of the delegates walked on 450 pieces of broken glass in order to overcome their fears as both writers and human beings. The WGSA was definitely held in high regard by everyone in attendance.

WGSA has identified LSF as one of the very few markets where writers can pitch their products – unproduced scripts. All the executives in attendance were specifically looking for new unproduced scripts. LSF was also highly beneficial for writers who wanted to attend professional development workshops hosted by experts from both the UK, the USA and Australia. The delegates felt that this market served their needs well, affording them the opportunity to develop a relationship with foreign producers, personal managers and sales agents. The key to any business is getting to know and understanding your partners and building a network of likeminded associates deepens relationships. The delegates made invaluable connections and many of first time delegates learnt about the art of pitching and about self-confidence. Most executives were interested in the fresh ideas that the South African delegates had to offer. What really made LSF special is that it specifically caters for WRITERS and understands their needs. 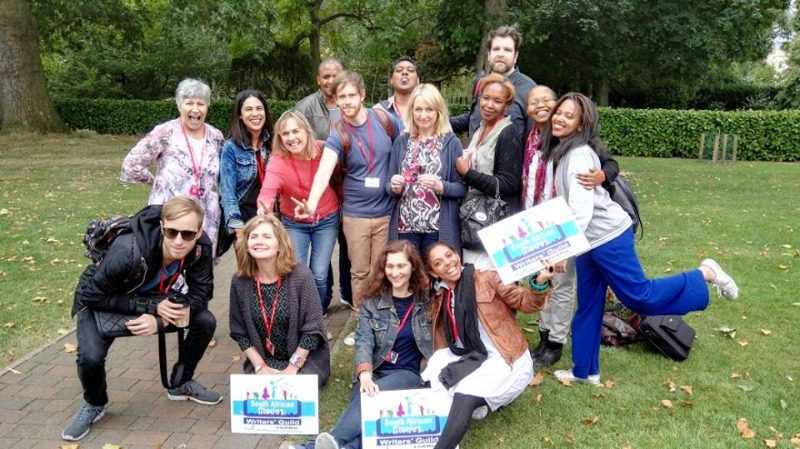