Please use your name and surname as reference / CT_11/7
Meg Rickards – winner of the 2014 WGSA MUSE AWARDS for best Documentary Script, will share her knowledge on how adaption

A session not to be missed 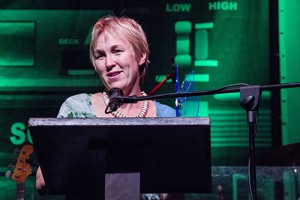 Meg Rickards works as both a writer and director. She is currently in pre-production for a feature called Shushh, based on the novel Whiplash by Tracey Farren. She co-directed the award-winning feature documentary 1994: the bloody miracle, about the lead-up to South Africa’s first democratic elections. Her miniseries and feature versions of Land of Thirst have been broadcast throughout Africa and also distributed in North America. Meg has written scripts for UNICEF, and her short film Azure won awards and was used by NGOs including the World Population Organisation. She holds a PhD in Film Studies from the University of Cape Town, studied at London Film School on a Commonwealth Scholarship, and completed the Writers’ and Directors’ programmes at the Binger Film Lab in Amsterdam.