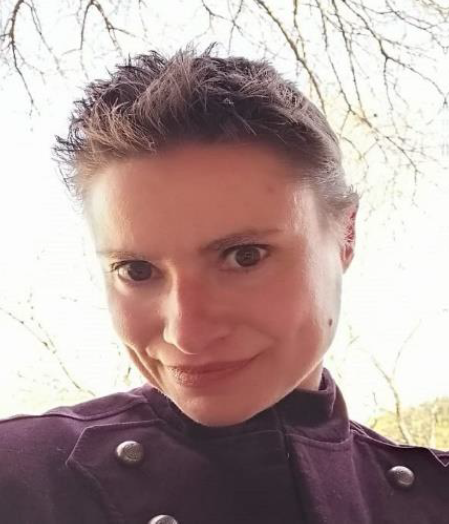 Yolanda is a resourceful go-getter who is not afraid of taking risks to learn and grow as a person and a professional. Her many endeavours led to insight into business administration, entrepreneurship, various software packages, finances, creating standard operating procedures, and legal agreements among many other things. But she started out as a humble, qualified secretary, in 1993. For more than a decade she filled various corporate positions.

She first set foot on a set as an extra in a documentary in 2004 while on a working holiday in London (UK), and fell in love with the industry and was ready to dig into it when she returned that year, but it was not yet meant to be.

In 2009 she did creative writing courses, and became the scriptwriter for “Heartbeat”, a Christian talk-show. When “Heartbeat” was decommissioned, she became a freelance scriptwriter, and wrote two episodes for an SABC 2 drama, among others.

In 2010 she joined the WGSA and later became a council member for professional development in Pretoria. She also managed the WGSA social media for many years and edited and contributed articles to their newsletter.

In 2013 she produced for the first time; the pilot episode of “Hallo! Hallo!”, which she also wrote. Later she wrote and produced a coming-of-age short film about a teenager and a horse, and most recently produced a dark-humoured short film that was accepted into the 2020 GFC Women’s Film Festival. As director she directed a trailer for a feature film of Wolraad Woltemade, after having done more than 14 years of research about him, which equipped her for research too. Her findings were published in the Africana Society’s annual journal in 2020.

One of the highlights of her career in the industry must be “Upon A Quest”; a screenwriters’ agency she co-founded with Lorato Phefo in 2017. Although SA’s industry was still new to the concept, the agency managed to option a feature film as well as three TV series to production companies. Through research and consultations with experts and professionals, Yolanda expanded her knowledge about contracts and learned how to draw up basic screenwriting and other industry agreements. Unfortunately, the agency had to close its doors in 2019 but that does not mean the end for her dream for screenwriters in South Africa and Africa to be noticed. Currently her attention, passion and experience is on content creation (as writer and showrunner) and producing, but plans are already brewing for another way to assist screenwriters.