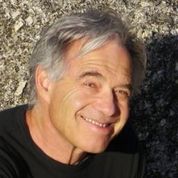 After obtaining degrees in Politics from Wits and Oxford and a B.A. (Photographic Arts) from the Polytechnic of Central London, Peter entered the industry as a film editor, but soon went on to produce and direct, first as an employee of SABC TV and thereafter for his own company, Southern Exposure.

He has written, directed and produced more than 70 hours of prime-time television for SABC TV as well as having written and directed a documentary and numerous dramas for other African countries. His SABC work includes four seasons of a human rights’ legal drama series, “Justice for All”, a sitcom and a drama miniseries on forced removals, “Riemvasmaak”, that won SAFTA awards for Production, Directing and Scriptwriting.

Other awards include a Vita Award for Best Feature Best Screenwriting (for “The Road to Mecca”) a film also nominated for Best Direction. In 2016, his screenplay of “The love songs of Nathan J Swirksy” won the WGSA Muse Award for best-unproduced fiction feature script.

Peter has written and/or storylined for shows like “Scandal”, “Z’bondiwe”, “Ring of Lies” and “End Game”.

Peter currently also teaches screenwriting and television writing at AFDA Film School in Cape Town. Training and mentoring have always been an adjunct to his work and he has run training courses for both the SABC and the WGSA.

This is not Peters’ first term on Council.