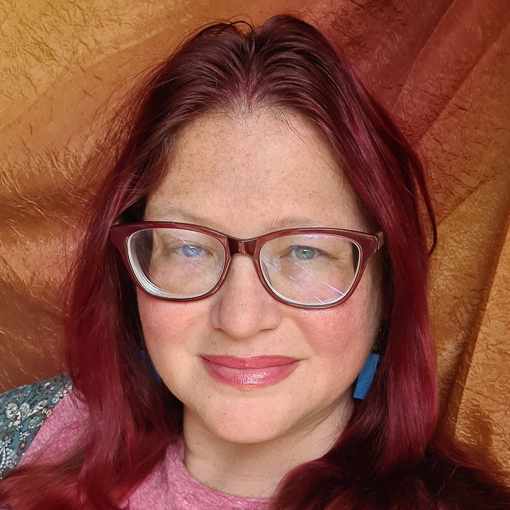 Karen Jeynes has worked extensively as a writer for stage and screen, and is perhaps best known for her work with Both Worlds as a writer and producer, particularly as the head writer for ZANews: Puppet Nation. She wrote Recipes for Love and Murder which releases this year on MNet and Acorn/AMC. Other productions she has developed and overseen are Point of Order, Comedy Central News, and Parlement Parlement. Karen has also worked with Pixel Perfect, writing Bioskop movies for Mzansi Magic – Ingozi lo Thando, Umhlolokazi, Ukuphila kaBili and Land of Milk and Honey. She served as head writer for 90 Plein Street season 5 for SABC, as well as writing for shows like Vaya Mzansi and Moferefere Lenyalong and work in children’s television writing such as Thabang Thabong and Supastrikas.
Her plays include the multi award-winning Everybody Else (is F*cking Perfect), Kiss Kiss, I’ll Have What She’s Having, Laying Blame, and Vaslav. She is in demand as a script consultant, script editor, and advisor, working with local and international production companies and individual writers. She teaches and lectures in scriptwriting too. Her satirical self-help book The Karen Book of Rules, co-authored with Karin Schimke, was published in 2020, and her co-authored book Flow: the book about menstruation released in August 2021. She completed her MA in Writing for the Screen through Falmouth University in 2021, and is currently busy with her PhD focusing on disability representation in television from a scriptwriting perspective through the University of Pretoria.