Describe yourself in 6 words.

In 2001 my now husband arrived at the front door of our apartment in Twickenham, London, with this old style, hell heavy, relic of a laptop (baptised “Lappie”) that he bought off some guy at work for a small fortune. He shoved it in my hands and simply said “enough workshops and talking about it, it’s time that you start writing those movies.” It is as simple and as hard as that.

Tell us about Alison and the process from page to screen?

So “Alison: is a hybrid feature documentary. With that in mind… In 1999, a friend gave me the book. In the same month I went to listen to Alison do a talk at my old high school, soon after reading the book. So many people turned up, that they had to move it from the school hall to the rugby fields and there, with Alison so far away from me that she was a mere spec, but with her voice right by my ears from the intercom system, her story changed my life. And when I looked around I realised, I wasn’t the only one. I made a pact with myself that come rain or high-water I WOULD be the one to share what I felt with others through film.

So in 2011, Alison was in town, I was ready and so was she, the stars were aligned and the time was right for different reasons. I took Alison to my favourite coffee shop in town, bribed her with the best cupcakes I know of and long story short, she gave me the rights to her story. By 2014 the project was selected for Durban Filmmart, my partners came on board after I released our promo, (which was made with the generous help and support of the NFVF), and in April 2015 cameras started rolling.

Script wise, this was treated no differently than any other of my fiction scripts. Even my editor Dan had a beat sheet of the MTP structure of the film on the wall next to the edit suite – and a script. The only thing that was different was the dialogue wasn’t written but rather pulled from the transcriptions BUT questions were asked in such a way as to serve my beat sheet and Major turning points of the story structure that was carefully planned and executed long in advance. Just like you would a fiction script.

Tell us about the Butterfly Revolution.

I wanted to do more for the survivors of rape and abuse. I was really touched and very troubled by the outpour from survivors through our social media pages and those who approached us at screenings so I wanted to create a platform for everyone to join in and help make a difference.  So the #butterflyrevolution campaign is inspired by the controversial 1999 Charelize Theron “Real men don’t rape” commercial. But that was just the inspiration. The execution is slightly different. This revolution is going to our doorsteps. We are saying out loud what WE are planning on DOING about the dire situation of violence against women and children. Charelize wasn’t wrong, but things have gotten even worse since, and we want to know what are the real men and real women of this country – of this world – planning on doing about it. Our revolution is about that butterfly effect; the scientific theory that a single occurrence, no matter how small, can change the course of the universe forever, because we too don’t doubt that a small group of thoughtful, committed citizens can change the world. And as Margaret Mead said, indeed, it’s the only thing that ever has. So, why have YOU joined the #butterflyrevolution? Set the example, nominate your friends and let the #butterflyrevolution fly!

We want to remind, inspire and ignite each other by being silently brave or publically revolutionary.

What are you writing at the moment?

Interestingly enough, I have been reunited with my very first project that has seen herself transform during development stages from a stage script, to a TV series and now well on her way into a fully fledged screenplay. This time round I want to cry from laughter, so, tadaaaa “Sex, drugs & boeremusiek (& liefde)”. A story about fertility, rugby, Schalk Burger – oh and love in our ever evolving world of fiercely independant heroines, where everyone has abandonment issues in some degree, even the Springboks….

When did you join the WGSA and why?

In 2011. To me, if we want to grow our industry we need to support each other and engage throughout all the creative platforms. Knowledge exchange sessions where we share especially our mistakes, and challenges rather than just the “success” – “success” is in the eye of the beholder anyway and what is success to me might not be success to you. Its not through success that I learn but through the struggle to get there. That is why for me, and the reason I did, joining these guild’s are so important.

What do you think about the working conditions for South African writers?

I don’t think about it, I just get on with it. I get irritated quickly by “moaning and groaning” – something I feel often, our industry can be quite good at. There are a lot of institutions, individuals and opportunities doing a lot of good. I focus on that and try and grow that. I have been burnt, I learned some hard lessons, well, the trick is to learn from them, make sure you don’t make it again and move the hell on with strategy and heart.

What is the secret to your success?

Again, “success”. A relative term. Fail and fail fast. Get the hell up again and keep going. Stop moaning and just do it. Yes you need to read scripts and the books about those who write them, watch movies, do workshops – whatever but most importantly you need to WRITE!!! That remains the best way to learn and hone your craft. And let the right people read your stuff and give their feedback. Respect and understand that they have lives and little time when they do – so it’s a big gift of their time that they are. Also get paid coverage from reputable international resources. Learn when to listen, when to take criticism but more importantly, learn when not to! But ultimately, there really are enough “successful people” out there. The world needs more kindness, people who care and make a real difference and more of the stories that matter and change lives 🙂 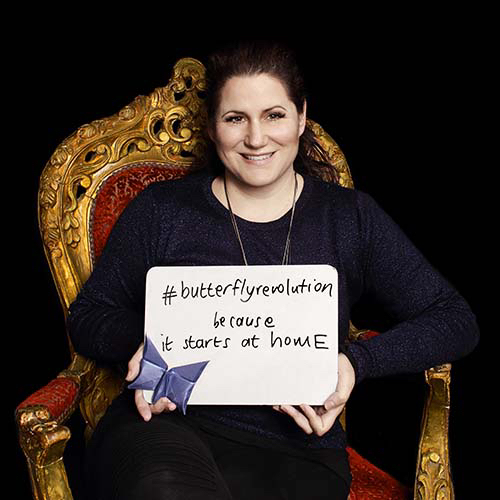