WGSA MEMBER APPOINTED AS NEW SASFED CHAIRPERSON On Saturday the 20th of August 2016, the South African Screen Federation (SASFED) held its annual general meeting and elected a new chairperson, Mamokuena Makhema. Mamokuena is a seasoned writer, director and producer. She is also Co-Vice Chair: Communication, Relations, Marketing and Branding of the WGSA. Mamokuena’s appointment has put the WGSA in the spotlight.

Mamokuena holds a double BA degree in Theatre Studies and History from the National University of Lesotho (NUL) and a MA in Film from the prestigious Wits School of Arts (WSOA). Previous experience includes working at Film Resource Unit (FRU) as a Projects Manager in Audience Development. She has also worked as Head of Research and Education at the Pan African Federation of Filmmakers (FEPACI). Upon leaving FEPACI she re-joined the industry as a content producer, director and scriptwriter. During this period she worked briefly for the SABC as a content producer. In July 2010 Mamokuena was appointed by Tshwane University of Technology as a lecturer in Screenwriting, Film Theory & Criticism. She resigned at the end of 2015. During her time at TUT she completed the NFVF Spark and Masters programmes under SEDIBA and in 2015 she became a Sparks writing mentor. She is currently working as a freelancer writer and director.

The WGSA would like to thank outgoing SASFED Chair, Harriet Meier, also a WGSA Member and former WGSA Chairperson, for her selflessness and dedication to SASFED over the last two years. The WGSA would also like to wish Mamokuena the best of luck as she embarks on this challenging yet fulfilling journey. 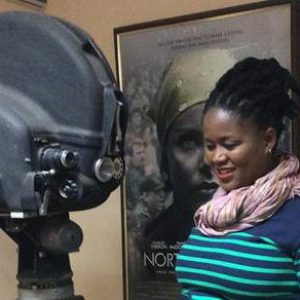