GET TO KNOW YOUR COUNCIL: POLANI FOURIE (PORTFOLIO: RELATIONS& FILM FESTIVALS)   Describe yourself in five words Dewdrop, Butterfly, Bridgebuilder, Myself.    Tell us about your journey as a writer. A childhood friend recentlyreminded me that I used to write screenplays since the age of 9 and thenpersuade them to perform alongside myself in my parents’ home, for pocketmoney. It was a good reminder as to why I went to study B. Com BusinessCommunications (Media Studies) at PUKKE – which in its essence combined twodegrees into one, so subjects included Film, Politics, Business Psychology,etc.  Grateful to have acquired the muchsought after ATKV bursary to help pay for my studies, because we were threesiblings at Varsity & with me the last one, the financial burden on myparents was tough.   Not always gettingthings on a plate however makes you tough – which proved fruitful.  I was marked the top Photo Journalism studentin my class & henceforth could do my honors in TV Production, PR / Marketing,Public & Persuasive Speaking.  Ilater furthered studies in Screenwriting at the Writing Studio.    I’m a proud DurbanTalents Alumni, nominated as one of three SA female writers for Red Touch Media’sWriter Award.  I’m humbled that my screenplayswere approved for NATPE Miami, NATPE Prague & LA Story Expo.  My short film “The Riddle” was one of fourscreenplays selected across Africa for development during DIFF 2015. My truestory feature film, “Unite – the Impossible Possibility” has recently beenapproved for Development Financing by the NFVF.   https://www.facebook.com/UniteFilm   I have been on WGSA’sCouncil under Professional Development, then I was WGSA’s vice-chair forCommunications in 2015. This year I moved to Relations & Film Markets -which I absolutely love.   What kind of stories are you passionate about? The ones that comefrom the heart – also far easier & more fun to write.    Which TV programme/film are you most proud of writing/creating? “Sê-dit / Say it”, “Beon Go,” “Sediment,” “Unforgettable, Crazy Me.”   What is the best thing about being a writer? I am allowed to do theone thing that brings most equilibrium to my world:  day dreaming!    What is the worst thing about being a writer? The amount of hard workyou put in usually isn’t equal to the financial rewards you get out it (gettingthere however…)   What are your views on the local film and TV industry and itstreatment of writers? There’s still room togrow. We need Screenwriter Agents – I am fighting hard for this & have twointernational agents building relations with the Guild – the aim is to get SAwriters represented.  I’m currentlysourcing Romantic Comedies and Horror (Terror) Screenplays for one of theseagencies abroad.   What advice would you give to other writers? Do as many writing coursesas you possibly can. Then write from the heart. Passion shows.  Attend festivals& NETWORK – apart from crafting your skill, that’s the single mostimportant thing – where you meet Producers, how you get connected to network withpeers who can help get your films made. Lastly, get a good mentor.  I’vebeen fortunate to have one of the best in the country (Monica Rorvik – head offilm development Western Cape at Wesgro), so keep the channel open with yourmentor.   As a council member, what are your plans for the WGSA? My portfolio is Relations& Film Markets, so I’m doing that which I’m good at and that has alwayscome natural to me:  to network andmarket the Guild profusely at film festivals & markets, do TV interviewswhen needed, get WGSA on panels (such as Silwerskerms), try and forge new relationsfor the Guild (for instance the Emmy-winning format of FCCE that will be rolledout to SA with possibly the likes of Morgan Freeman), arrange talks atUniversities / writing institutions.   During the last NATPEMiami market I also decided to make it my duty to not only pitch my ownstories, but our delegations’ stories to the world – if a buyer isn’tinterested in your particular story, then surely there must be another writer’sstory that could fit?  That’s when theScreenwriter Agents came on board – which has taken a lot of my time this year.I was fortunate enough to organize the end of year Social for Cape Town thisyear also, which had a great turn around & established new networks.    In the pipeline we’reenvisioning a Blacklist / WGSA / Act CT social event – this will be a collaborationto instigate cross-networking between directors, writers and actors.  If we get 80 writers onboard, Black List’sguarantee is they will fly the head of Blacklist over to the Social!  Learn more from this online portal here:  blcklst.com/   I am also workingtowards establishing a new WGSA branch in North West with the newly establishedNorth West film commission & did a (own cost) field trip to get to know theTV / Film & Sound Recording stakeholders in Mafikeng – to research thesustainability of media work for writers & film-makers within the area. DuringDISCOP we had meetings with MIP TV / MIP COM held in Cannes – which will behaving their first African pavilion in 2017, so working towards having WGSArepresented there in some way.   10Where would you like to see the WGSA in the next 10 years? I would like to seeour “Script Shoppe” in place / stronger foundation with InternationalScreenwriter Agents.  I would like to seeour numbers climb at least 200 more.  Iwould like North West, Southern Cape & Mpumalanga settled as newbranches.  I would like SA to havewriters’ hubs.  I would like to see amentor’s structure.  I would like WGSA’sname to be a widely recognized name within the Media industry of SA.  I would like to see a structure set in placewith a paying helper for our worker bee Thea. I would like us to be able to go to four international markets again.   In 10 years’ time, it would be 2026 – 32 yearssince the start of a democracy – I would be nice if there could finally be aproper EQUAL educational foundation for ALL our much-loved writers – then we couldfinally select international market delegates only on the merit of their workand their ability to pitch and sell.  Thebetter our export – the higher chances we have to sell. J 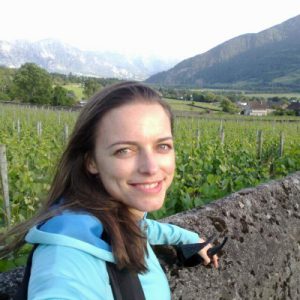